The Wisconsin Juniors is a 501(c)3 non-profit organization founded in the July of 1999 as a 4-month, regional program, wanting to provide the very best coaching, training, and competition possible. The club quickly grew, evolved, and improved. Today, the Wisconsin Juniors is recognized as one of the top volleyball clubs in the nation, sending many of its athletes onto the collegiate level with athletic scholarships.

JVC provides an environment for high-level volleyball training and personal growth through character development on and off the court.

TEAM HUMILITY - We over me. We cannot compete in a team sport as an individual

TEAM INTEGRITY - We will compete as a team, all equal and undivided

TEAM PURPOSE - We all will contribute to the team’s goals 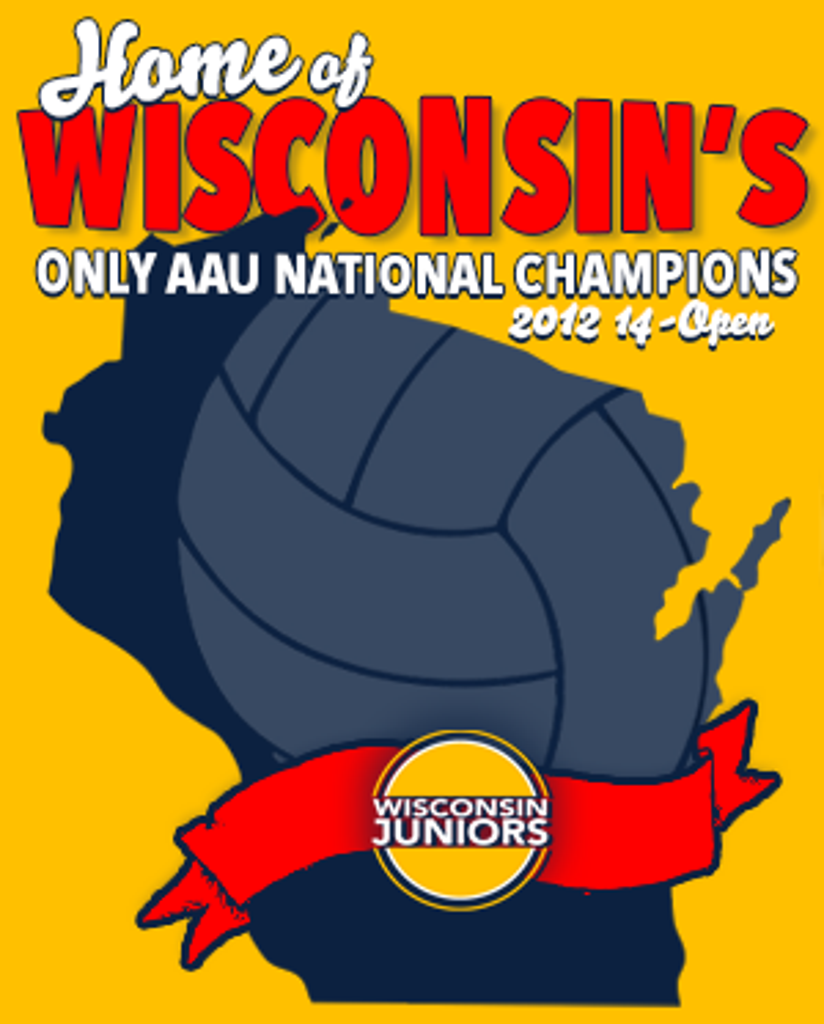 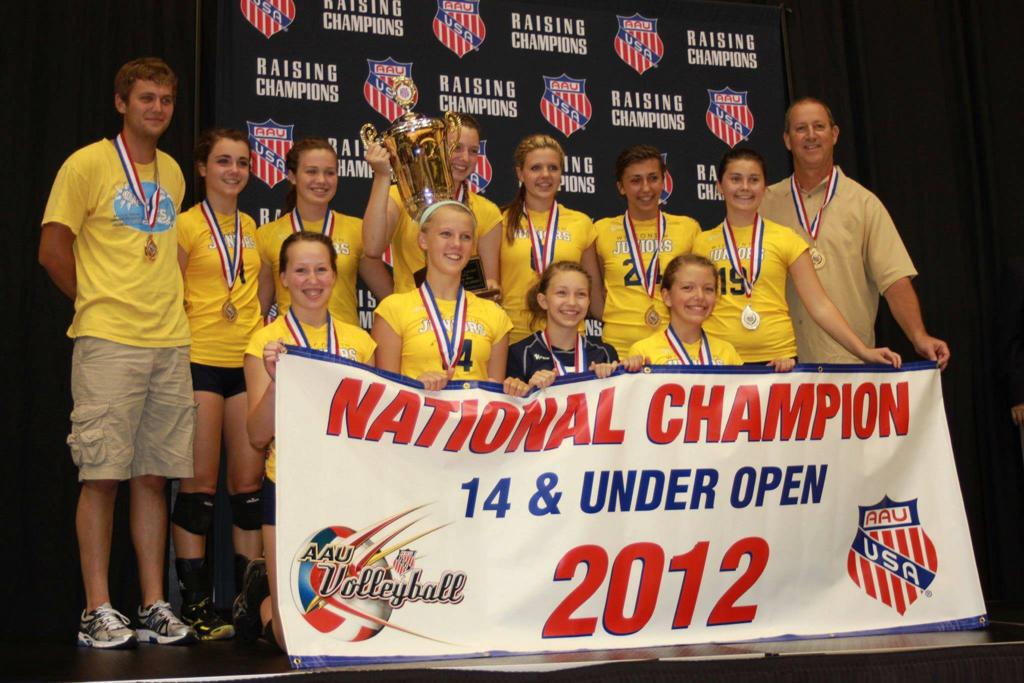 Our Founders - The Neave Family 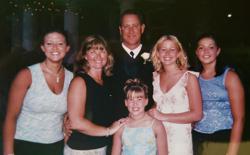 Before there was Volleyball

Jim’s grandparents packed up their families from Mississippi and followed a religious leader called “Dowie” to Zion Illinois. Jamie’s great grandparents came to America from Russia and Bohemia settling in Chicago. Her parents moved to Waukegan when Jamie was born. Both were born in the same hospital in Waukegan Illinois. Jim in 1958 and Jamie in 1961.  Jim and Jamie met at a church youth group function in 1977 when Jamie was 16 and Jim was 19. 2 years later in 1979 they were married in Waukegan. Yep, 42 years ago. 2 years later along came their first of 4 daughters Casey and within the next 10 years they had Haley, Jillian and Chelsea.

In July of 1994 they packed up the kids and their construction business and moved to Venice Florida to follow retiring parents and escape the cold. That venture lasted just 2 years but during that time was when they were introduced to club volleyball. Jim and Jamie had played some adult sand volleyball prior to that time but knew nothing about club volleyball for youth.

How it all Began

Jim had relatives that lived in Florida and one weekend they had a picnic on Siesta Beach with those relatives. Jim’s cousin ran a volleyball club called “Whitesands VBC” that at the time was recognized as one of the top clubs in Florida. The cousin’s daughter played volleyball, was in high school and was soon to be on her way to college with a scholarship to be a setter at the collegiate level. It didn’t take long for a volleyball to come out and we started playing. My cousin recommended that Casey try club volleyball. Casey played on a 12’s team for Whitesands volleyball and that was where it all started.

In March of 1995 her team traveled to Tampa Florida to compete in the “Big South Qualifier”. That tournament is now in Atlanta because it outgrew the Tampa Convention Center. Jim and Jamie were parents going to a big convention center tournament for the first time. I’m sure you can all remember the day that you experienced that for yourself.

Jim and Jamie were both standout athletes in High school and Jim went on to play baseball in college for 1 year before shoulder injuries ended his playing career. So, they both knew that they would encourage their kids to play sports. Jim knew that one day he would love to coach.

When they were at the Big South Qualifier that year Jim became more curious about this sport and ventured over to the 17 and 18 Open courts where the highest level of volleyball was being played. He fell in love at that moment. That was it! He was hooked. He began to ask his cousin if he could get involved but they were soon to move back to Wisconsin. When they returned the following year, Jim became involved with the Geneva Sharks volleyball club in Lake Geneva WI as an assistant director and coach. He and Jamie both attended a CAP 1 clinic in the summer of 1996. Jim went on to be CAP 2 certified. Jim and Jamie were both involved with the Geneva Sharks club as coaches and worked with hosting tournaments, apparel and travel.

In 1998 Jim was encouraged along with another parent from the club, Marie Simmer to start a club further east near Kenosha as the Geneva Sharks were drawing more players from that area and so the Wisconsin Juniors Volleyball Club was born. In its first season the club had 6 teams – 13’s, 14’s, 15’s, 16’s, 17’s and 18’s. The teams practiced out of many area school gyms, but the main practice facility was at Westosha Central High School in Paddock Lake WI.

In 1998 Jim also took an assistant coaching position at Lake Forest College under head coach Beth Pier. This experience is where Jim will claim to have grown the most as a coach and in the knowledge of the game. In 2000 Jim accepted a position as head coach at Williams Bay High School in Wisconsin. A school of 180 students. The athletic department was looking for someone to turn around a struggling volleyball program that had finished at, or near the bottom of their conference for many years. In the first year at Williams Bay their record was 13-13 and they lost in the Regional final to Burlington Catholic Central. The following year they went to state and finished 3rd. In the 3rd year they took 2nd at state. The next 3 years Williams Bay won the state championship. After that year Jim resigned from his position there to spend more time with a growing volleyball club, his 4 daughters and a construction business that bought and developed property, built speculative homes and managed small commercial accounts.

During this time between 1998 and 2006 Jamie was handling the bulk of raising 4 daughters, helping to run the construction business and be the lead for all apparel and travel for the Wisconsin Juniors. Jamie was also coaching during those years at the younger ages of 10’s, 11’s, and 12’s.

All of the Neave daughters played volleyball. They all started playing club by 12’s and they had 14 consecutive years at Westosha Central High School. In those 14 years the Falcons won their conference title every year and 3 Div 1 State Championships. Their oldest daughter Casey went on to play at Lake Forest College. Number 2 daughter Haley ended her career with a state title at Westosha, Number 3 daughter Jillian was part of 3 state championship teams and went on to the University of Southern Mississippi to play and finished at UW Whitewater, and then their baby Chelsea played 2 years at Kishwaukee CC and 2 years at UW Parkside. In 2014 Jim and Jamie watched the last match of their 4 daughters playing careers.

Jamie and Jim now dabble very little in the construction industry. After 2008, they focused more on the Volleyball Club. They also made the decision to spend more time with their children and the grandchildren that started coming quickly.

Casey is married to Josh Price and both work for Junior Volleyball Clubs. They have 2 boys – Jackson 14 years old and Max 12 years old. Jack plays many sports. They both play Boy's Club Volleyball. Haley is married to Josh Hanson and has 3 children. Audrey – 6, Edie – 4, and Leland-2. They live in Sublette Illinois.  Jillian is married to Mike DuFrane who is the Head Football Coach at Finlandia University. They have 3 children – Jordy – 10, Reese – 7 and Remy – 4. They live in Hancock, MI. Chelsea is the youngest and she lives in Sublette IL. She coaches High School volleyball and is married to Brian Appleman,  they are expecting their first child in 2021. All 4 daughters have coached club volleyball at WJV.